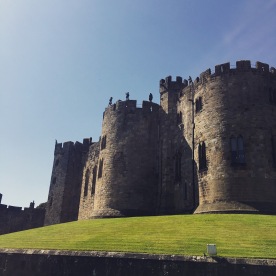 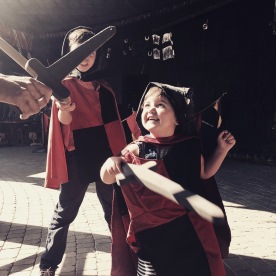 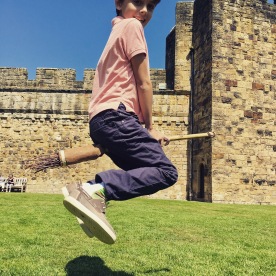 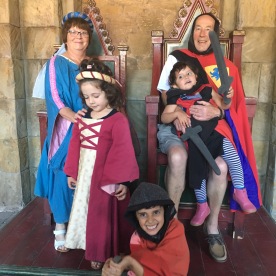 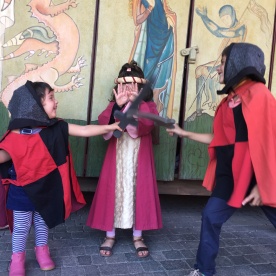 For Jasper’s birthday we went to Alnwick Castle.  Johnny and Val came too.  We dressed up as knights and ladies and pretended to have a sword fight.

We went to the dungeon, which was small and very dark.  There was a grate over the top of it, where they dropped prisoners to forget about them.  There was very little light in the dungeon.  Many people died there.

The Harry Potter films were filmed at Alnwick Castle – they filmed the Hogwarts broomstick training and Quidditch scenes there.  We all had broomstick training with a very funny professor.  We bought broomsticks from the shop afterwards.  Mum took a photo of Jasper flying afterwards, but it was really just a trick.

We also went on the Dragon’s Quest at Alnwick castle.  We went into a dark part of the castle, where there were lots of mirrors and it was difficult to see.  At the end was a big dragon.

This is a text widget. The Text Widget allows you to add text or HTML to your sidebar. You can use a text widget to display text, links, images, HTML, or a combination of these. Edit them in the Widget section of the Customizer.
%d bloggers like this: