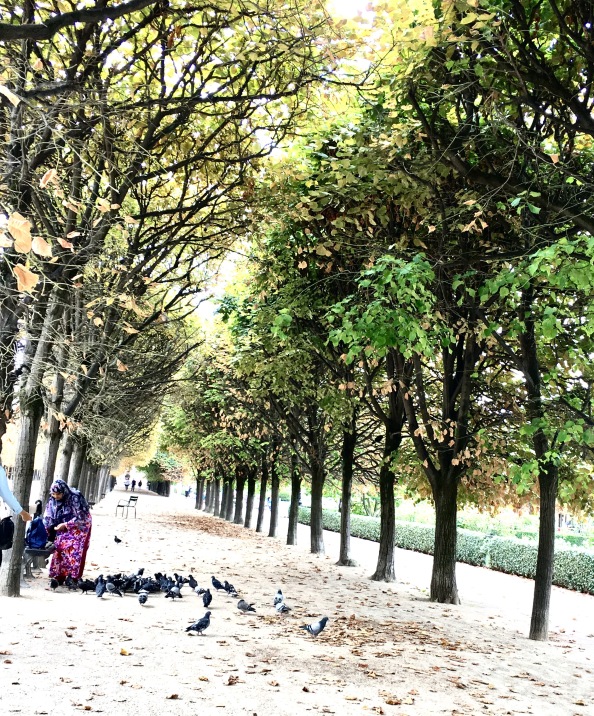 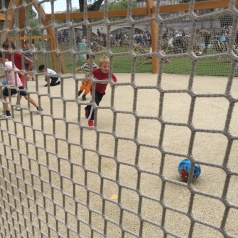 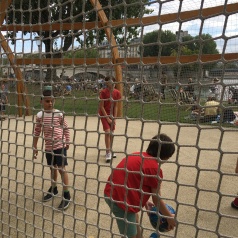 Yesterday, we had a great day.  We walked to the Palais Royal, where there were lots of pigeons.  Jasper, Maeve and Margot played with the pigeons and gave them food.  We had a picnic lunch there.

There were black and white columns there that we ran over and took pictures.

Outside the front of the Palais Royal, we saw an orchestra playing beautiful music.  Maeve wanted to buy the CD, but we gave money instead.

As we walked to the Louvre, there was a man making big bubbles.   He made them very slowly and they were huge – one of them was as a big as mummy and daddy together. We danced through them and tried to pop them.

We then walked along the Seine.  We did rock climbing on the walls of the Seine and we walked on big wooden snake (not real).  Jasper played soccer with some French boys.  We had a syrup drink while we watched people walking past.  We bought some pictures from an artist who was drawing on chalkboard and they were really nice pictures.

We didn’t want to go home.