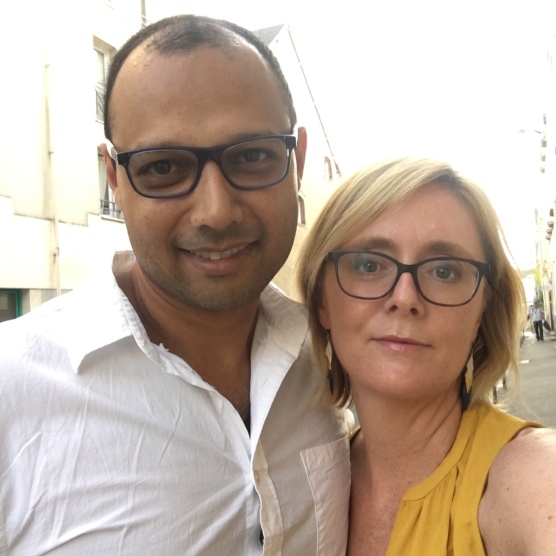 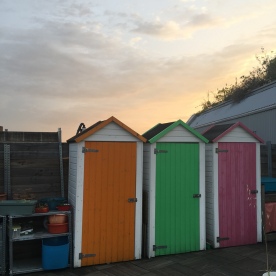 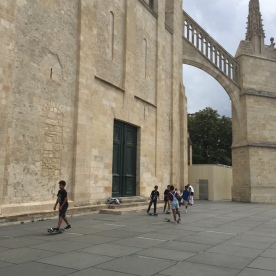 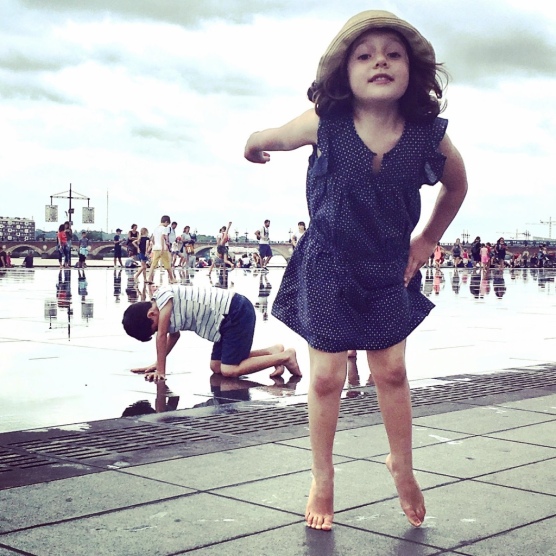 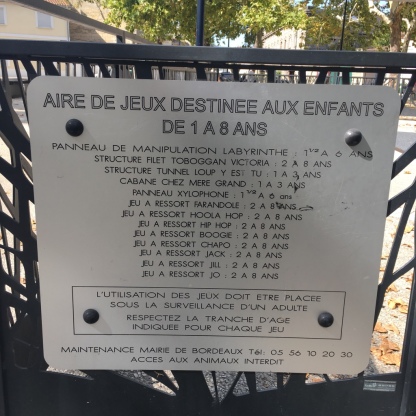 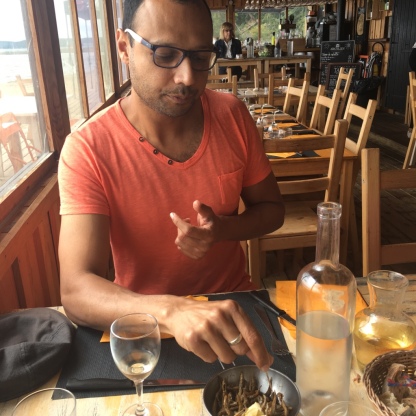 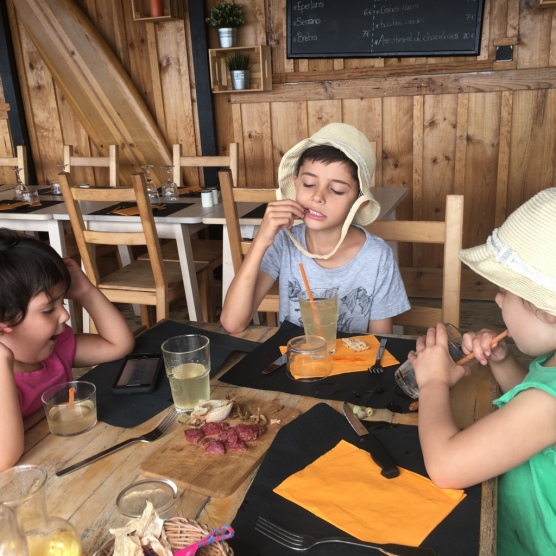 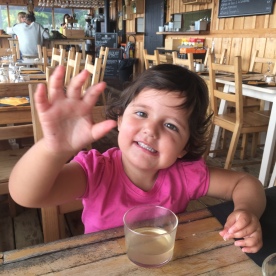 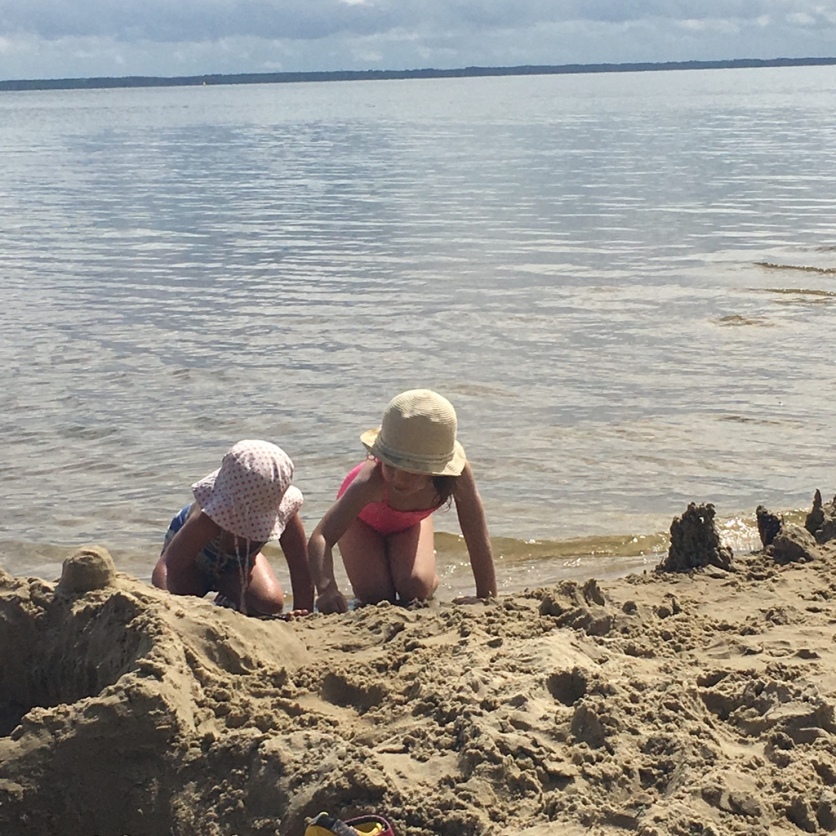 We stayed in a very nice place in Bordeaux with a beautiful terrace.  It was much bigger than the place in Nantes, which was tiny and hot.  We went to a little park in Bordeaux – it had three see saws – one which had two ends, and one just by itself and another one just by itself.  There was also a little house.  Around the corner there was a shopping centre and another park.  It had a giant playground, it had about five other see saws – one with two and the others just with one end.  No, there were two double ones (Maeve).  There was also a music player and a little tunnel that you go through.

We played on the mirror of water.  In the afternoon it didn’t come on, but in the afternoon it sprang up and scared us and we ran off.  A dog came and tried to chase us.  We got wet and had to get the tram home.

One day we went to a beach by the lake.  There was lots of traffic on the way home and Jasper got very upset.  Mummy said all the French people were coming back to Bordeaux after their summer holidays.